Friday 5: The Biggest Nerd Culture News of the Week

Nerd Culture Highlights for the Week of December 25, 2016. 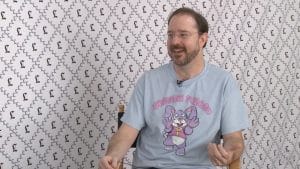 I can’t believe we haven’t written about John Scalzi more on Nerds on Earth. I resolve to correct that in 2017. For now, red his thoughts on Rogue One. And let that link serve as an introduction to Whatever, his blog that is a regular dose of nerd culture.

4. How the Star Wars RPG brought the franchise back from the dead. 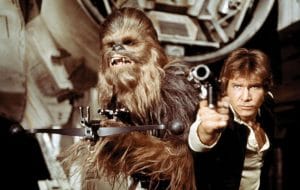 When the old West End Star Wars RPG was released, no one was talking about Star Wars. The IP was considered a dead property by most.

But the forgotten RPG was so filled with lore and goodness, it grabbed the attention of several other media companies, and is largely considered to be the unsung hero in the Star Wars revival. Read the full story.

While much of the world is enjoying some down time, nerd nerds is slow near the end of 2016 (i.e. My inbox has not been inundated with the endless press releases I typically receive). So, let’s look ahead to 2017. Click the link for everything 2017 related that Nerdist has published.

That’s right. This is the last Friday 5 of 2016. Happy New Year from Nerds on Earth.

7 Exciting Pieces of News out of Star Wars Celebration

Fantasy Flight Games Announced the 2nd Edition of their…