I chose to include Penance among the Comic Characters You Should Know for two reasons:

Robbie Baldwin first shows up on scene in 1988 as Speedball – a youth who manifested little bubbles upon physical contact that absorbed and redirected kinetic energy.  He spends the bulk of his comic history as a member of The New Warriors.  Everything is fine and dandy for our pal Speedball until Civil War #1 in 2006.

The New Warriors had agreed to star in a reality show, and they find themselves in Stamford, Connecticut, on the trail of Cobalt Man, Coldheart, Speedfreek, and Nitro.  A couple of the New Warriors have concerns about the level of this particular group of bad guys, but Speedball insists…for the ratings.

Nitro, whose power is basically a bomb-tastic form of human combustion, blows his top and levels Stamford, killing 612 civilians – a number that becomes of great significance to Robbie Baldwin.  Because of his ability, Speedball is the only person to survive Nitro’s blast besides Nitro himself, and in short order he is made the scapegoat for the casualties.  The blast affected his powers, too.  He can no longer access them without experiencing pain.  So he has a suit designed to inflict constant pain and remind him of his greatest mistake.  A suit riddled with 612 spikes on the inside. 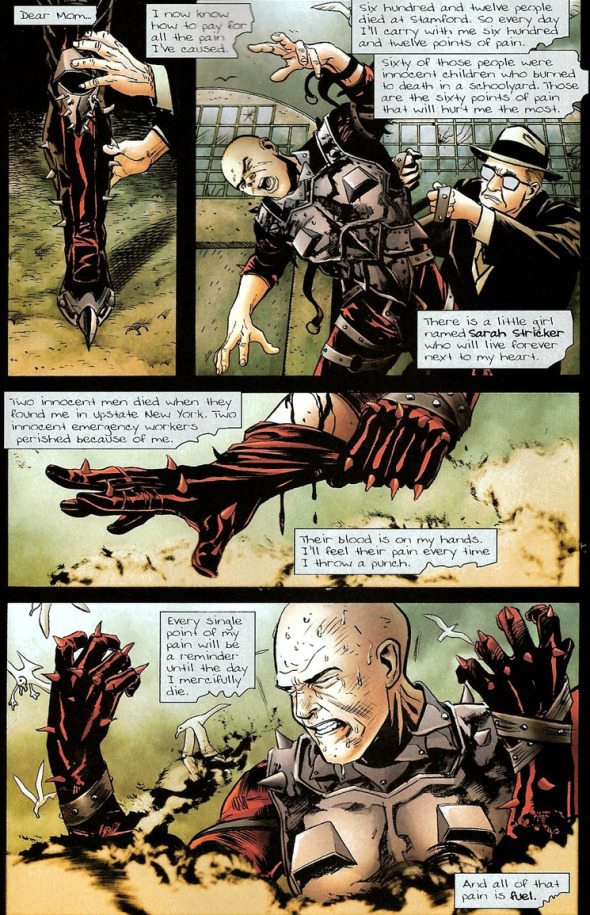 Dropping the now-tainted Speedball name, he dubs himself Penance and works for Norman Osborn with the Thunderbolts.  But if his story stopped here, it would be all woe-is-me – and understandably so – but then the “Relentless” limited series evolved Penance from a mopey masochist to a badass on the level of Denzel Washington in Man on Fire or The Equalizer.

In the run, Baldwin goes on the hunt for Nitro who is currently being held prisoner in Latvaria under Doctor Dooms guard.  That doesn’t deter Baldwin, though, as he skillfully sends The Thunderbolts on a rabbit chase and steals one of their transports to head to Doom’s front door.  After a brief altercation, he gets Doom to submit and turn Nitro over…at which point Penance plays with his food – goading Nitro into giving him his best shot before beating him once for every civilian killed in the Stamford explosion by name, age, and occupation. 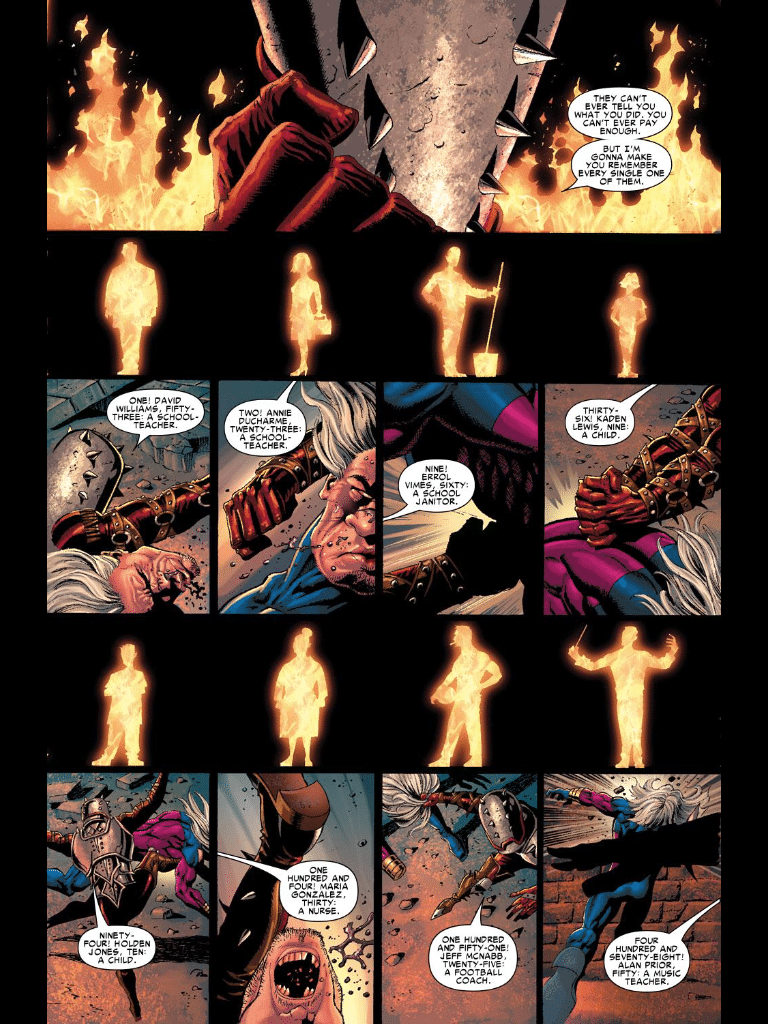 You see, Penance has been busy.  He’s planned meticulously for this moment.  While his supervisors thought he had finally broken and gone crazy, Baldwin had been crafting one of the most diabolical vengeance schemes of all time.  And his plan wasn’t limited to the names, ages, occupations, and the blows that accompanied those facts.  It began with the suit: 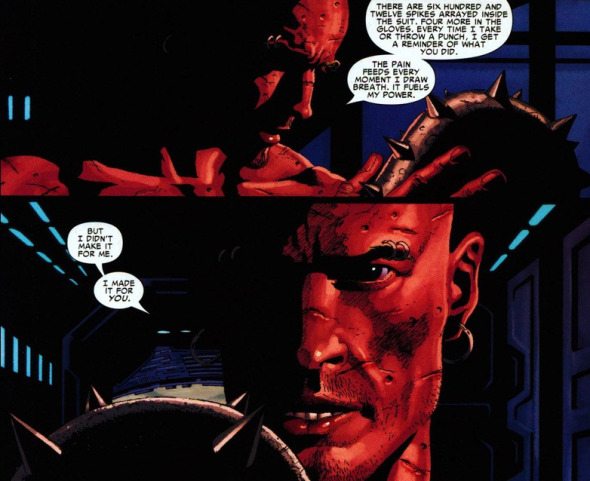 That, my friends, is intense and is what makes Penance’s story well worth the read.  Short-lived, yes, as Baldwin returns as Speedball in Avengers Academy, but that just means you don’t have an excuse for not sitting down to the limited series if nothing else.  Baldwin’s arc is such that he deserves to be known as much more than “that guy who started the Civil War, right?”

I give the limited series 7 out of 8 nerds.  Its not comic perfection, but its gripping and leaves you with a shared sense of closure for poor Baldwin.  And the absolute butt-kickery and vengeance-fueled plotting is a nice bonus, too.

Other comic characters you should know: Moon Knight, Taskmaster.