Friday 5 collects five of the week’s biggest news items from nerd culture. Each Friday we’ll relay the latest trailers, biggest casting news, and nerd culture’s most important stories of the week. Let’s get to it, shall we?

[divider] Nerd Culture Highlights for the Week of March 6, 2016 [/divider]

1. A Brief History of Zack Snyder Defending the End of Man of Steel 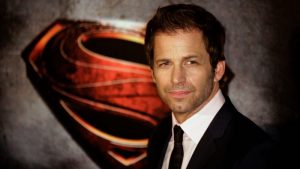 io9 reminded us nerds that Zack Snyder has a storied history of defending the ending of Man of Steel. The article is a good read for several reasons. First, it  frames well the importance of consistent characterization in stories, a topic that puts many a nerd into a table flipping rage.

Second, with Batman v Superman releasing in just a couple of weeks, the article is timely.

But the most important reason was stated by Jaws when he posted it in Nerds on Earth’s Slack channel:

If you’d like to Hate Read, the above article is for you!

3. Weird Gamer Guy
Adkins discovered a Youtube video that interviewed a quirky gamer. He was hilarious, and Adkins was thrilled with his find, until further researched revealed that ‘Weird Gamer Guy’ was a character played by a YouTuber making his rounds. But IDUNNO, It didn’t take away from the hilarity of it all though. Take a look:

4. Darth Maul: Apprentice is One of the Best Star Wars Fan Films Ever Made
There are fan films, and then there are FAN FILMS. All you need to know to fully understand the difference is that lightsabers are cool. Behold: 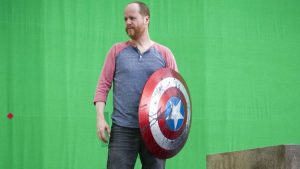 Joss Whedon’s run on Astonishing X-Men is my all-time favorite run in comics. I loved his characterization of Cyclops, I loved…oh, listen to me go on and on!

The important thing is that Whedon is returning to comics, even if it is just a very limited story. Check out the link above for the details.

Who Wins It? Storm vs. Thor