2.  Divergent will wrap up with a TV movie. 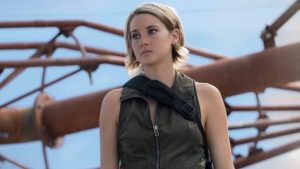 I’m not sure what to make of the news that the Divergent movie series will wrap up as a TV movie, then spin off into a series. Click through to the full story and see what you think.

3.  Stranger Things is the binge watch of choice here at Nerds on Earth HQ.

Stranger Things, the new show via Netflix, is our current binge watch of choice. Wynona Ryder in 80s-style horror? Sign us up.

Watch the trailer below.

Comic Con has descended on San Diego, which means next week’s Friday 5 might be the Friday 15. For now, check out some publicity pictures from the first day.

5.  Have we reached peak Comic Con? 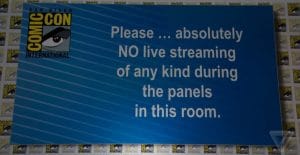 Word is that Hollywood isn’t putting the energy into Comic Con like they have in the past. Journalists are calling this year “quiet.” Click above for the full story about if we’ve reached peak con.

What was the inspiration for Joss Whedon’s Firefly?

Being a Nerd Dad: Gortimer Gibbon’s Life on Normal Street