1.  New Pokémon Go Maps to Show You Where to Catch Them All 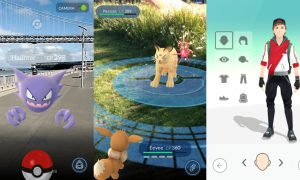 We’re used to things going wild in today’s world, but Pokémon Go has hit a viral level quite a bit above 11. Faster still have been the sites popping up to help intrepid trappers find rare Pokémon. Follow the link above for some of the best Pokémon maps.

There is a pilot order for a new live action X-Men televisions series on Fox. Details are scarce, but it sounds like it might have a Morlock vibe to it and it replaces a concept that was to follow the Hellfire Club.

Regardless, it will be amazing to have even B list X-Men on TV each week. It’s the best time to be a nerd.

3.  SPOILER: Avengers are Killing Avengers Now, so that’s a thing we now apparently do. 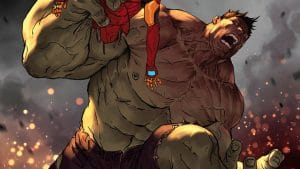 In what come as a shock to anyone, Marvel is hyping up something to shock you. An Avenger is killed in the new Civil War II.

Depending upon how much spoilage you are interested in, you can follow the link to get the scoop. Apparently we aren’t supposed to be numb by now to the publicity stunts Marvel rolls out once a week.

The Washington Post is reporting that comics sales are actually up for a hot second and the bump is largely to do with these hyped-up events. The bad news is the measurement is only for shipped comic’s, not sold comics, so let’s hope there aren’t huge stacks of Rebirth #2 issues still sitting unsold in comic shops.

We’ve covered before that comic relaunches ultimately lead to diminishing returns, so we’ll continue to keep an eye on these sales numbers.

5.  And now for something completely different…

Chemists have developed a liquid that is sooooo slimy that it actually pours itself. Who wants to watch the YouTube video before coming over to crack out the ‘ole chemistry set, followed by making firecrackers to blow up our GI Joe action figures?

The Kree-Skrull War: Military Ethics from One the Avengers Most Epic Stories

Who is Worthy to Wear the Superhero Costume of Thor?