Nash As I’ve previously stated, I am the resident Nerd novice, though I am hard at work to catch up to all you guys and gals! I finally have the Marvel Unlimited app and have made it through some of the MUST READS: Astonishing X-Men, Captain America: White, and the New Avengers!

While there are plenty of lists of chronological paths to read through, I am more wanting to hear about MUST READ runs of comics that you two would recommend! So Jaws and Adkins, what are your top 3 MUST READS outside of the runs I’ve been through.

Jason So, I am going to jump right in with one that I know you will love: the 2008 Guardians of the 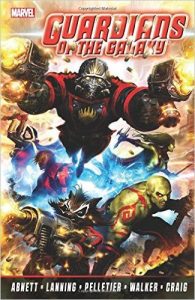 As much as you love the movie, you will totally dig this weird space opera series, that ties in with some things you will recognize from the New Avengers run. It is a 25 issue run that is really remarkable and it is space, cosmic Marvel in the best way. It should definitely be on your list!

Nash This is now top of my list!  It sounds perfect as I DO LOVE GUARDIANS!!!  I have even watched all the cartoons with them on Netflix.

Adkins I thought I would approach this a little differently with your permission, Nash.  I don’t have the comic history or chops that Jason does, and so I’m not much of a resource when it comes the best comics ever, but I do have a feeling for what is good and I’ll share those with you. One…maybe two of which Jason will agree with (maybe). 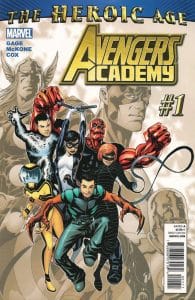 It takes place after the Civil War stuff. Focuses on teens being teens, but also trying to be heroes. It is really, really well done stuff.

And it leads into Avengers Arena which I’m pretty sure Jason is big on.

So call this a two-for-one.

I’ve had Avengers Arena suggested before and I looked it up and it looks AWESOME!

Adkins As someone who has worked with teenagers, Nash, you’ll be reading this series going, “Yup, my teens would do that. Nailed it.”  I mean, Academy didn’t exactly pioneer the teen hero stuff (X-Men did that long before), but it is still done remarkably well. They must know some teens or something!

Nash As long as it doesn’t turn too Twilight-ish.

Jason Co-sign on the Academy to Arena to Avengers Undercover run. All well done and they follow relatively new characters.

Okay, to do a throwback recommendation, I think you should check out the Frank Miller Daredevil run. 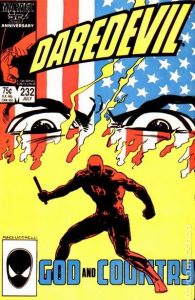 It started way back with issue #158 with Miller drawing, eventually he took over art and words and at the end, he was doing writing predominately. Though it came out in the early 1980s, it is a very serious book, dark and brooding. Adkins lifted up one of its iconic panels in last week’s chat for good reason: it is fantastic.

A fair amount of the Netflix show pulls from this as its source material and I think you would dig it.

Nash I love the Netflix series!

Jason And truly, it has one of the most scary villains to me: Bullseye.

Adkins Yes! Bullseye is scary as hell and is among my favorite villains to read.

Nash So Bullseye was ruined for me because of the cinematic stab at DD…sigh.

I would love to get back on track with this DD run!

Jason I think part of what makes Bullseye so frightening is that he could be real in this world. And that is what the Daredevil Netflix series has done well: set it close to the real world.

Nash Agreed! it’s not too far fetched really…some what of course…but not like a space Opera

Adkins My second submission is a cool, twisted concept that was executed (I think) particularly well. 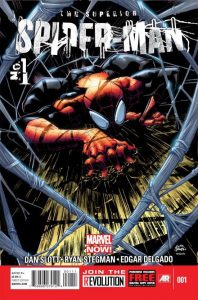 Doctor Octopus transfers his consciousness into Peter Parker and sets out to prove he could be a better Spider-Man than he ever was in a series called Superior Spider-Man.

Adkins Doc Ock as Spidey is utilitarian in ways that Spider-Man never was, but the run makes a pretty convincing argument that there’s more to being a hero than efficiency.

Jason It is a really bizarre premise but the writer Dan Slott writes some epic Spider-Man; he has an epic run going that includes this story and I’d agree with Adkins. It is a great twist and story.

So, we have given you some long, 20+ issues things to read. But sometimes you just need a good, quality story. And I think that Kraven’s Last Hunt is one of the best.

Kraven is a Russian hunter who is a part of Spider-Man’s rogue’s gallery but in this story, they gave him an update in a powerful way, moving him from a thick accented silly villain to a much more complex character.

Nash I don’t think I’ve ever heard of Kraven…I’m intrigued! 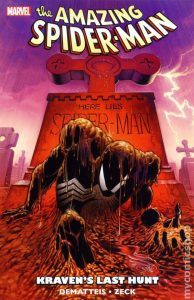 Adkins ^ Proof of what Nash said in the intro.

Jason In some ways, it echoes Superior Spider-Man but it is a quick 6 issue run. Unfortunately it was spread out across 6 issues in 3 books. So, in the Marvel Unlimited app, it is probably best to search for it under Comic Events.

Right now it is up on Marvel Unlimited as part of their book club, which I didn’t know was a thing.

Honestly, it boggles my mind that they have tried to bring Electro and others to the screen but haven’t done a good Kraven story; it feels like a no-brainer to me.

Adkins Nash, I thought I’d drop something a little lighter on you to close. Something genuinely funny that Marvel did a couple years ago that *gasp* doesn’t star Deadpool.

Look up The Superior Foes of Spider-Man.

Adkins Its about a bunch of C-List Spider-Man villains attempting to create a new Sinister Six…but with five members.

It’s silly as all get out.

But it isn’t just silly. It is genuinely a well done series.

Nash FUN! You need a little cheese ball too! What I love about the Flash TV series.

Adkins Wow. I went 3/3 with Jason. Totally wasn’t expecting that to be honest.

Let’s not kid ourselves here, Nash: I’m only here so we have three people in this week’s chat. Jason could have carried it all by himself. And rest assured that when you blitz through the titles we sent your way, he’ll be ready with another set of good reads.

Nash True that! But I like that you bring a little less of the classic must-read titles. But always nice when Jaws or Clave cosign the suggestions lol.

Adkins They’re the true nerds among us.

Nash The Nerd Godfathers if you will.

Adkins I won’t, but you do you, Nash!