He’s the best at what he does, and what he does is feature prominently in multiple ongoing titles at once; even when he’s dead.

It can be difficult to keep them all straight sometimes.

I’ve tackled Wolverine’s family tree once before, but recent comic titles have me circling back to introduce you to even more branches of that tree that can be found running around Earth 616. So grab a Lebatt Blue and a bag of Ruffles All Dressed potato chips (Canada jokes, eh?) as we spiral even further down the rabbit hole that is the Wolverine family of mutants.

In All New Wolverine, we find out that a similar process to the one that gave us the joy that is Laura Kinney from Wolverine’s DNA is used to give us the Sisters from Laura’s. 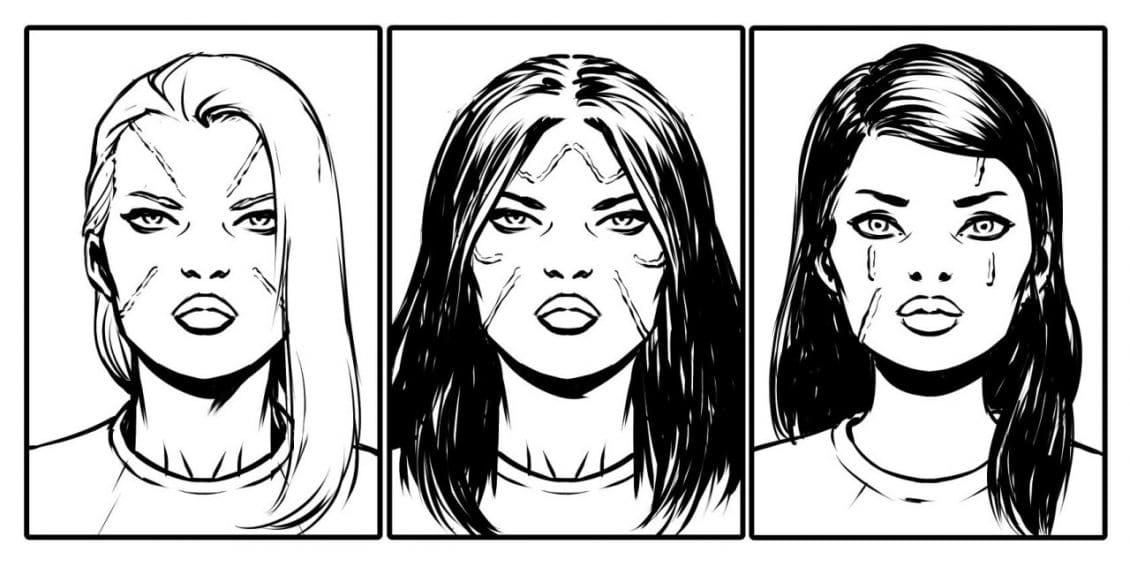 Alchemax somehow got ahold of some of Laura’s DNA and engineered what they hoped to use as high profile bodyguards. Originally there were several of these clones, but three would feature prominently; each with a unique numerical designation which would later be spun into proper names for those clones that lived long enough to receive the honor:

Only one of these clones inherited the healing factor and bone claws of her progenitors: Gabby. They all, however, had a complete insensitivity to pain thanks to some nanites in their bloodstream.

Those nanites prove the undoing on Zelda who, as the oldest of the clones, succumbs to some complications due to their presence in her system. She falls ill and Laura and Wasp shrink down and inject themselves hypodermically to wipe the machines out in an attempt to save her. While they were successful in their mission, Zelda is fatally shot almost immediately afterwards.

Bellona ends up being a bit of a turncoat. She feels indebted to Kimura who helps them escape Alchemax, and so ends up playing for the opposite team. Kimura removes her nanites, installs some adamantium claws mirroring Laura’s own, and uses Bellona to frame Laura for the massacre of the small California town, Daylesville.

Once Kimura is subdued, Laura, believing herself to be responsible for the slaughter at Daylesville (thanks to her trigger scent), went to turn herself in to S.H.I.E.L.D. Bellona revealed that Laura actually popped her claws into her own brain to keep herself from going berserk with the trigger scent; that it was Bellona who, with the installed claws, performed the killings. The last we see of her, she is taken into custody.

You can read the entirety of Zelda and Bellona’s stories in All New Wolverine #2-18. 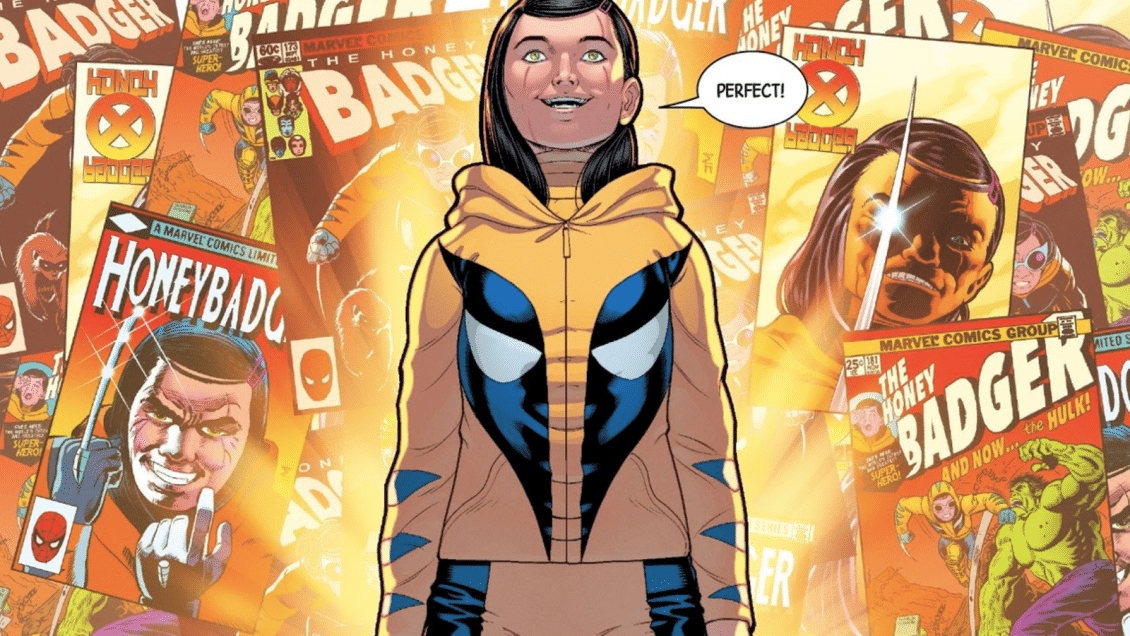 Gabby is the youngest and the bestest. In fact, I’d argue that she is the best thing to happen to Marvel comics in decades–right behind Laura Kinney becoming Wolverine–and I’ll go to the mat over this. She sticks close to Laura and eventually comes into her own code name: Honey Badger; bestowed upon her by her genetic brother, Daken.

Gabby is a darned delight and you should absolutely read everything she’s in, which at this point is primarily All New Wolverine and X-Men Red.

I hope she lives forever.

I’m still choosing only to deal with 616 genetic relatives of OG Wolverine because keeping up with the alternate versions of him and his progeny across the universes would be a hell of a job, and ain’t nobody got time for that (except for maybe Jay and Miles).

However, there have been a couple of instances recently that have transported folks with his blood coursing through their veins from their alternate Earth and right onto Earth Prime. 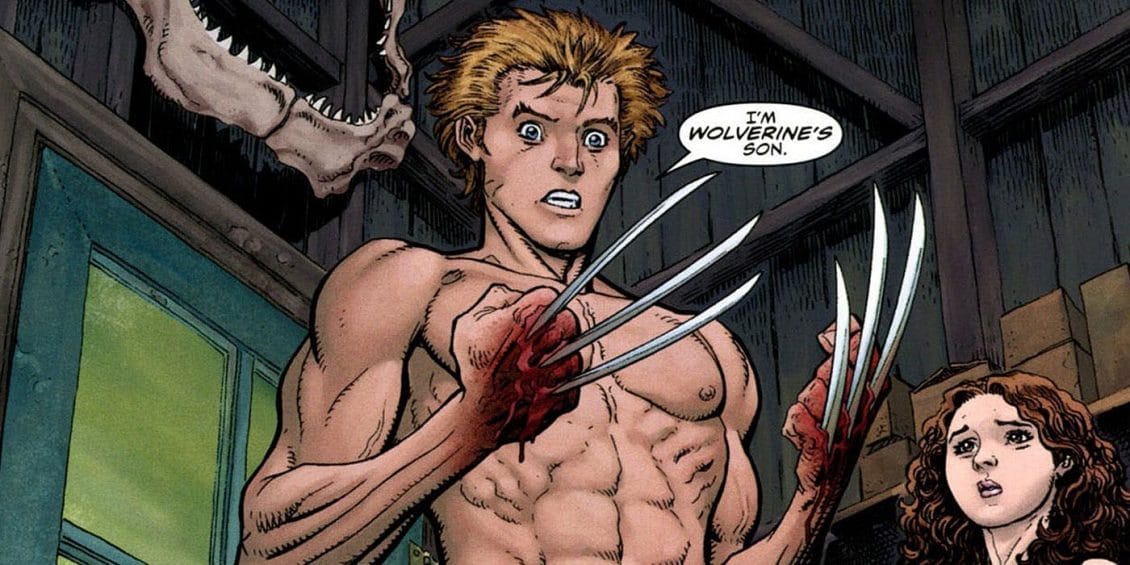 In that timeline, Wolverine fathered a child with Magda Lensherr who injected herself with a sample of Mothervine–a drug designed to ensure the birth of mutants. She gave Wolverine the child who then entrusted him to an old war buddy, James Hudson, who raised him as his own.

As with most other mutants, Jimmy grew up not knowing he was a mutant until his powers manifested in his teens when he miraculously and quickly healed after a violent car accident. It wasn’t until Kitty Pryde came to visit and asked him to try really hard to extend his claws that he found he had those, too. He could also organically encase them in metal.

After a few story arcs on Earth 1610, he found himself displaced onto Earth 616 when the multiverse was reset after Secret Wars. Suffering from amnesia, he was rounded up by the X-Men Blue team and ran around with them (and even met his father-from-another-universe Old Man Logan) for a while before falling prey to a Poison during the hive’s invasion. He would be one of only two surviving Poisons when the Poison Queen dies. Marvel Girl was able to restore some of Jimmy’s consciousness into the Poison, and he leaves to sort out his new identity crisis.

You can catch the Earth 1610 and Earth 616 exploits of Jimmy Hudson in Ultimate X, Ultimate Comics: X-Men, and X-Men Blue.

And last (for this post, anyway) but not least: We’ve got Old Man Logan. 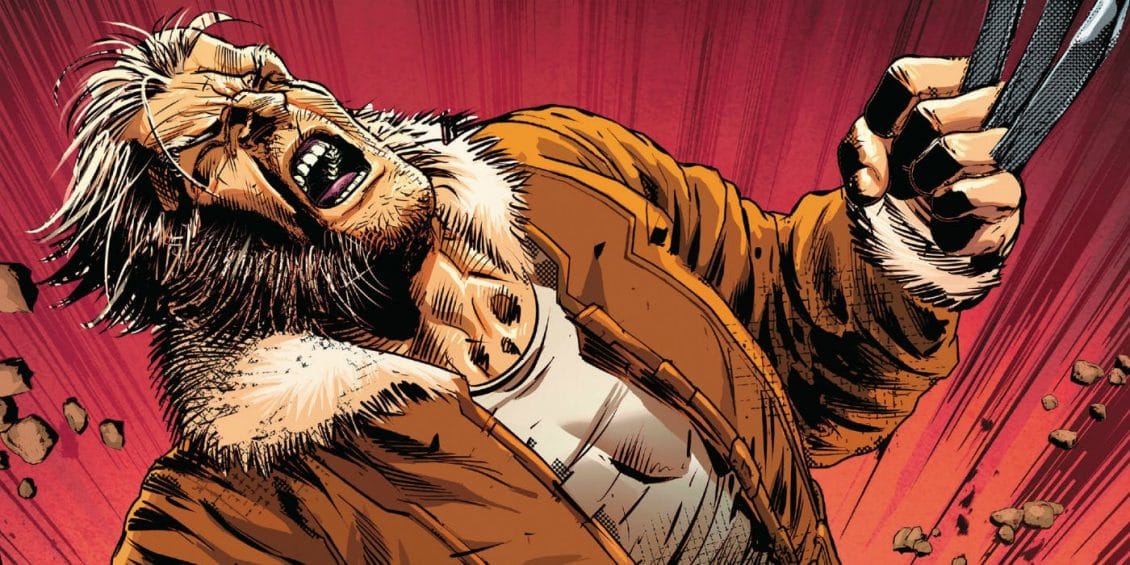 Old Man Logan came to the 616 via Earth 807128 in which the villains have won. He finds a wife and raises a couple of kids while living a SNIKT-less life (not popping his claws) in the Hulk Gang controlled Hulklands area of the Wastelands.

Part of his story is collected in Wolverine (2008) issues #66-72 plus the Giant Sized Old Man Logan issue, and further elements on both sides of those events are unpacked, explored, and expounded upon in the self-titled Old Man Logan ongoing (which has some of the best comic art ever in my opinion), during which he does some universe hopping until he arrives at the good ole 616.

The present state of the 616 reminds him so much of his own universe’s past that he believes he’s gone back in time and can prevent that dreary future by systematically killing some of its major players–starting with the Hulk, who would later be responsible for killing his family in the future he hails from. Eventually Captain America takes Logan to see that universe’s version of himself encased in adamantium; proving this isn’t his past, but an alternate universe entirely.

He does a whole bunch of palling around with various X-Men Teams and embarks on his usual string of solo adventures from thereon out. Those stories can be found throughout the Old Man Logan ongoing as well as in the pages of Extraordinary X-Men, All New Wolverine, and X-Men Gold.

There is always plenty of Wolverine to go around. Even when he’s dead, he’s not dead. I’m pretty sure that’s one of his secondary mutations.

Point is that you can always, always find him or someone with his DNA running around in the pages of an ongoing comic series or seven. Which is great news for those of you who can’t get enough of the Canuckle Head.

And, as a reminder, here is part one of Wolverine’s Family Tree, in case you missed it. As a bonus, here is all the times that Wolverine has been brainwashed or mind-wiped.

A First-timer Talks About His GenCon Experience