As 2015 winds down to a close, we rounded up our authors and gave them a formidable – some might even say impossible – task:  Of all that nerd culture had to offer in 2015, what was your absolute favorite?

They each rose to the challenge, and we’ve curated their votes into a single Top 7 List (since they’re our favorite kind of list).  Here is our Top 7 Best Offerings of 2015. 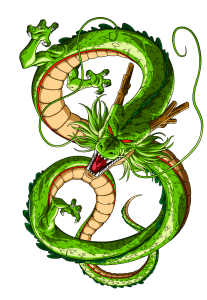 On my first day of sixth grade, we had to introduce ourselves to the class and share a few of our likes. One student, David, proceeded to talk about his favorite TV show: Dragon Ball Z.  At that time, I had neither seen nor heard of any anime, and my friends and I snickered and exchanged very sixth-grade-boy level jokes about David’s favorite show’s title.

Two years later, I’d fall in love with DBZ myself, and 2015 was a HUGE year for fans. We got a new series (Dragon Ball Super), arguably the best movie yet (Resurrection F), and a fantastic mobile game in Dokkan Battle.

Three big wins for DBZ fans this year…Coincidence that three is the number of wishes Shenron grants those who round up the dragon balls? I think not.

Dressing up and acting has always intrigued me ever since I was little. It wasn’t until I went to conventions, such as Dragon*Con, when I was exposed to cosplay and fell in love with it immediately.

Cosplay is a great combination of getting to dress up as a character, but also getting to act like the character. It’s a magical thing where the shy become outgoing, the insecure becoming confident, and strangers become friends. [Reasons why you should cosplay.]

This year cosplaying did all of the above for me. Making my own props and armor, and then having people admire it makes me want to continue to improve. I also made multiple friendships in cosplay. I had many new experiences with cosplay this year, and I know 2016 can only add on more.

From approximately age twelve on through my twenties, Legos have been more of a secret obsession of mine. I mean it isn’t exactly a hobby that gets the girls.  But this past year I have been able to fully own my obsession with the greatest toy on earth.

However, Legos are so much more than toys.  They allow the user to exercise creativity, imagination, and problem solving. While I miss the good old days of having to take whatever stock Legos I had lying around and making my own Millennium Falcon, Avengers Tower, or TMNT lair, I absolutely love what Lego is now offering!
The depth to which Lego’s master builders go into detail is incredible! This year I have built many awesome sets, from Starlord’s Milano, to the Hobbit escape, but my attention primarily focuses on expanding my Star Wars Lego collection. And with the new force Awakens sets out, I have a lot more collecting to do! 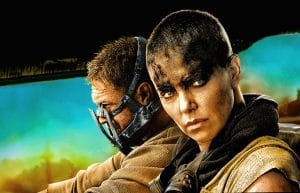 It was also a story about massive tanker chases, explosions, and vein-bulgingly stupendous action sequences, because when you call your movie Mad Max: Fury Road there are certain expectations you have to meet.

I can almost hear the studio executives bleating protests: “You can’t have a female main character in an action movie. You can’t use practical effects. You can’t have a sequel twenty years after the original, it has to be a reboot. And you certainly can’t have explicit feminist messages in a movie about post-apocalyptic car chases.”

“Or,” says director George Miller, screaming off into the Australian sunset in a rumbling V8, “we can do it my way.” [More on the Apocalypse in Mad Max.] 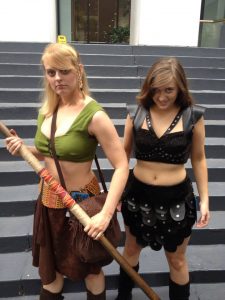 Let me tell you what I plan for every year. What I save my vacation time for. What I live for. It is Dragon*Con, a sci-fi/fantasy convention in Atlanta, GA held every Labor Day weekend.

I’ve been going for five years now and this year….this year was probably my favorite.

I’m still reeling. I met Felicia Day, geek girl extraordinaire and Geek & Sundry founder. Her panels had me rolling from laughter and I got her autograph and a picture with her. I met so many other con goers and expanded my horizons. I am now really good friends with people from all over the country due to our shared love of Bioware video games.

I’ve bought and received my ticket for next year. And I’m planning to attend another con in June with many of the people in the Bioware group. So, the highlight of my year? It’s the same as it ever was. Dragon*Con!

Way back at the beginning of the year, a scrappy Marvel hero started what ultimately became the best year for nerd women in a long time.

Agent Peggy Carter was an amazing show. Hayley Atwell is a stellar lead actress and her sidekick of Jarvis made one of the best dynamic duos in a long time. The costuming department should win tons of awards and I am disappointed that we didn’t see groups of ladies cosplaying all of Carter’s hilarious disguises this convention season.

The show also dealt with the chauvinism that Carter faced; and the show demonstrates the truth that the real founder of SHIELD isn’t Howard Stark but the British lady who gets things done.

Though the summer brought us Furiosa and the year closed with Rey, Agent Carter got this awesome year started and I loved it!

I was supposed to say a few words about D&D here, but I’m the editor of this post, so rules aren’t the boss of me. Instead, I want to talk about the Earth Nerds of Nerds on Earth, as they were my favorite thing from nerd culture in 2015. And I’d be remiss if I didn’t shout from the mountaintops how wonderful they are.

The 7 writers from Nerds on Earth have published over 370 posts in 2015, totaling over 387,000 words this year, and they’ve hit on topics such as The Walking Dead, D&D, Agents of SHIELD, comics, and all the stuff listed above. That’s because nerd culture is the best, and nerds are the best.

And if you like nerdy things, we hope you found that Nerds on Earth has been a lovely home for you.

But if you don’t play board games or like superheros or enjoy a good fantasy novel, Nerds on Earth is also the right place, because we want to show you how amazing these things are. The amount of cool stuff for nerds is awe-inspiring, and it’s all dedicated to letting you get lost in a wonderful world of imagination, socialization, wonder, and friendship. Isn’t that something?

So we’re glad you visited in 2015. Welcome and please come back soon. And in the spirit of our favorite things from nerd culture in 2015, we invite you to spend 30 more seconds with us to share your favorite nerdy thing from 2015 in the comments below.

Thanks for reading this year.

Why Are Nerds So Mother-Table-Flipping Angry About…