With 2015 on death’s doorstep, we’re all looking forward into the promise-filled future that is 2016.  Nerds in particular have much to look forward to in the new year.

As soon as the credits rolled on The Force Awakens, all we had on the horizon lay in the following year, and what a year for nerds 2016 will be.  Movies, books, TV shows, and videogames we’ve been hearing about for months and even years lie just on the other side of our shouts of “Zero!” and New Years kisses.

1. The Walking Dead.  We were pretty disappointed with the midseason finale, but that doesn’t mean we’re not looking forward to the February 2016 continuation of this comic sensation.

The bummer is that instead of an epic, nail-biting, teeth-grinding, emotional cliffhanger akin to previous midseason or end-season finales that the show has delivered on (like Beth’s death and Morgan’s hinted return in 508), we got a name: Negan.

That’ll ring some bells for the comic faithful, but for the rest of the world it wasn’t much to get excited about. We’re looking forward to the continuation and culmination of Season 6 anyway, because it can’t possibly be worse than Fear the Walking Dead. Can it…? 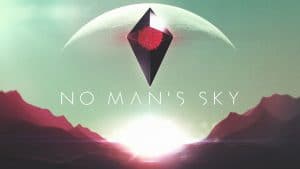 Boasting a procedurally generated universe with upwards of 18 quintillion (that’s an 18 followed by 18 zeros, people) planets, it will surely prove a game with no end. Players can choose to explore the universe offline, or they can explore a shared universe online and exchange planet coordinates with fellow gamers. And it looks pretty as hell, to boot.

3.  Battleborn.  All I had to hear was “From the makers of Borderlands” to be interested, and the slow leak since then has only bolstered my anticipation.

Offering both campaign and multiplayer settings, this FPS shows a lot of promise. And this one will hit PCs, Playstation 4, and the Xbox One. Do you have one of those and 23.5 minutes? You should definitely watch the E3 gameplay demo on Youtube.

It has visuals and gameplay not unlike Borderlands, but if it ain’t broke…

4.  The Winds of Winter.  George RR Martin has gone on record expressing a desire to have the sixth book in the A Song of Ice and Fire series (known more colloquially as A Game of Thrones) by the spring 2016 airing of the HBO series’ sixth season.

It, along with Patrick Rothfuss’ Kingkiller Chronicles, is one of the most lauded ongoing science-fiction/fantasy series out there, and I do so hope GRRM delivers on his promise; especially since its been nearly four years since A Dance with Dragons released.

There are rumors that we’ll see Rothfuss’ third book, Doors of Stone, as well in 2016, but nothing official.

5.  Seriously, this list could easily have been titled Top 7 Most Anticipated Movie Releases of 2016. We will certainly have no shortage of (potentially) gratifying nerdy cinematic treats including but not limited to: Deadpool, Batman v Superman, Captain America: Civil War, X-Men Apocalypse, Star Trek Beyond, Suicide Squad, Ghostbusters, Doctor Strange, Star Wars: Rogue One, and TMNT: Out of the Shadows.

While I’m surprisingly not dreading TMNT 2 (given my lack of enthusiasm for last year’s offering) and its no secret that I’m pretty pysched about Deadpool, I think Batman v Superman and Civil War likely rest atop the pile when it comes to anticipation and excitement…although perhaps not by much.

Needless to say, the movie theaters will see a lot of my money (and likely yours) in 2016. 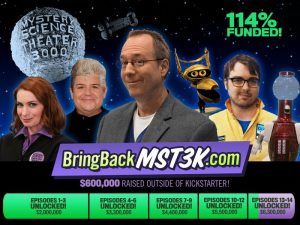 6.  MST3K is BACK!  After a successful Kickstarter, we’re getting new episodes featuring Joel Hodgson, Felicia Day, Patton Oswalt, and Hampton Yount and Baron Vaughn (the voices of Crow and Tom Servo, respectively).  I really don’t have to say anything additional here.  This is long-awaited and pure awesomeness.

7.  And last but not least, we have confirmation that the Dungeons & Dragons powers that be have plans to release two storylines per year through 2018, and we could all use a little more adventuring in our lives.

Our own Clave Jones did some speculating and was told by Chris Perkins himself that he was 33% accurate in his predictions.  Will Clave’s 2016 storyline predictions be among the accurate? Only time will tell!

What are you most looking forward to in 2016?  Let us know in the comments!

Weekly Nerd Chat: Speculation on What Happens in Episode VIII