What the Agents of SHIELD Spin-off Should Be

Last year, it was teased that there might be an Agents of SHIELD spin-off, which caught a lot of people and critics off guard, mainly because the ratings for the original show aren’t exactly stellar. But at the time, there were some ideas about how that could work, including Clave’s appeal for the West Coast Avengers.

At this weekend’s ABC panel at the Television Critics Association winter meetings, it was confirmed that the spin-off has been ordered as a pilot, with it focusing on a Hunter and Morse spin-off.

And since we are in a different place show-wise than we were last April, it is important to say again: “ABC, you are screwing up this spin-off.” But this time, in a much different way.

[divider] What the Agents of SHIELD Spin-off Might Be [/divider] 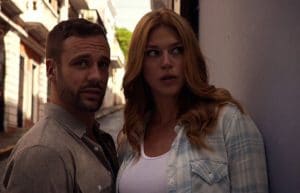 A year ago, the Morse and Hunter spin-off had some potential. There were reasons for it and I understand why it is appealing, mainly because ABC seems to believe Adrianne Palicki can carry a show on her own, or at least as the lead.

But the more obvious thing to ask is this: What storyline is suffering on the main show that could benefit with more time, energy and space? The answer is obvious: The Agents of SHIELD spin-off should be a Daisy Johnson show centered around the Secret Warriors.

Before the start of this season of the show, much of the speculation was that the focus on this season would be around Daisy and Coulson assembling and leading the Secret Warriors, an underground band of heroes with a deep history in the Marvel comic book universe. Marvel and ABC even used a ton of the promotional materials to hint at the same. But as the season has gone on, the Secret Warriors group has lost its importance.

Now, that isn’t to say that this season’s Agents of SHIELD hasn’t been good, bordering on great. It just means the writers and showrunners have gone in different directions. As a consequence of that, Daisy and the Inhumans storyline got lost in the Fitz Simmons stuff, the Coulson and what’s-her-name-I-don’t-care-because-she-is dead, and Lash. Maybe the plan has been all along for the second half of the series going Secret Warriors centered and there were hints of that when you saw Joey, Lincoln and Daisy suited up and ready to roll. But it has been the storyline that has suffered!

[divider] What the Agents of SHIELD Spin-off Should Be [/divider] 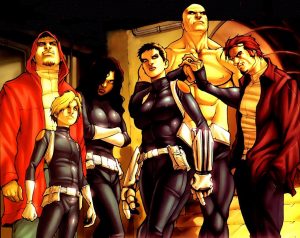 Some reasons why the Secret Warriors Agents of SHIELD spin-off makes sense:

An Agents of SHIELD spin-off makes perfect sense ABC! But I think you are just doing with the wrong storyline and the wrong characters!