Friday 5 collects links and videos spanning all of geek culture – collating bits of news, fun, and other noteworthy offerings that you might have missed in the hustle and bustle of the week.

But nerd culture was a little quiet this week. There are always the usual casting rumors, but those are a yawner until you see actually costume stills. And there was a lot of tech industry news this week, but that stuff gets more than it’s fair share of press.

So what to do during a quiet week? Well, the week’s Friday 5 will be nerd culture deep cuts! Let’s take the opportunity to take our nerdage even deeper. 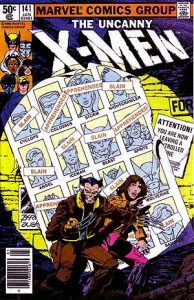 If you are confused by comic crossover, if you are interested in getting into comics but don’t don’t how to start, or if you simply miss those old school checklists in the backs of 80s comics, then you need to check out The Complete Marvel Reading Guide on Comic Book Herald.

There are reading orders for all the company-wide crossovers, but there are guides for major story arcs and individual superhero stories as well.

It’s the kind of webpage you bookmark and refer back to time and time again. Here it is again. 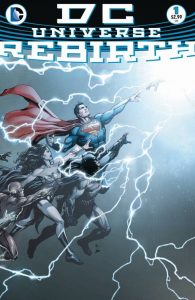 Speaking of comics, the link above are the actually sales figures for the top 300 comics in May 2016 (all publishers). Spoiler alert, comics sales are down year-over-year, and there are only 4 titles that cracked 100K.

Most people don’t realize it, but the monthly comics from many of our favorite superheroes might only sell 25,000 comics total. You’d have to be a hardcore nerd like me to study sales comic book sales figures every month, but it’s really fascinating to one time go down the list and see how your favorite titles and heroes rank.

I think video games might catch on. It seems others think os too, so someone has made a list of the Top 11 video game trailers from E3, which saves me a lot of time. Click the link above from all 11, or simply watch below for my personal favorite:

While it looks like the Warcraft movie was a flop in the United States, it is raking in money hand over fist in China, almost certainly guaranteeing a sequel. The above story by Wired wonders if the commercial epicenter of big budget blockbusters isn’t shifting internationally. It’s a good read.

A local news station covered a nerd who calls himself “Your Friendly Neighborhood Pastor.” The services he hosts at cons are called Nerd Church.

It’s local news, so the video embed won’t work. You’ll have to click through. And it seems that Our Friendly Neighborhood Pastor has also written some books on faith and fandom as well. They seem to be well-received on Amazon. Here you go if you are interested.

We’ll see you next Friday for five more highlights from nerd culture. We’ll likely shift away from the deep cuts and go back to covering the more salacious nerd news. Until then, feel free to share a highlight in the comments if we missed something.

Just How Many Times Has Wolverine Been Brainwashed, Mind Wiped, or Manipulated?