By Michael Adkins On Jun 1, 2016 Last updated May 31, 2016
Share TwitterReddItPinterestFacebookEmailPrint

A rotating cast of three of our writers sit down to an agreed upon topic in the Slack channel we have devoted to our Weekly Nerd Chat, but occasionally major discussions break out over nerdy news in the general channel.

“Do you mean to tell me that nerds get riled up enough about things that they spontaneously break out into passionate discourses?!”

This time, it was an article we found on birthmoviesdeath.com entitled “Fandom is Broken” which you can read in its entirety here.

tl;dr: The author, Devin Faraci, compares modern day fans to Annie Wilkes, Kathy Bates’ character in the movie adaptation of Stephen King’s Misery. In the movie, she kidnaps the author of her favorite character who had recently been killed off and, through violence, makes him retcon the death to her liking.  Faraci notes:

“The story is a very, very thinly veiled metaphor for the relationship between pop fiction creators and their most dedicated, most rabid fanbases and the way the creators can be trapped, bullied and tortured by their own creations and the people who love them.

But what if Annie Wilkes had the internet? What if she didn’t have to kidnap Paul in order to make her displeasure with him known? What if she could tweet hate at him all day, or could fill message boards with personal bile about him or could directly send him death threats through Facebook, email or Tumblr? If Annie Wilkes had the internet she would fit right in with a disturbingly large segment of fandom.”

I (Adkins) shared the article in Slack, and below you’ll find the reactions of myself, Jason, and Clave.

Jason: Creators of every form have a tough call when it comes to social media. And they often want it both ways and the best of both ways for them.

For instance, all the press, hype, Twitter interactions, etc. feed a culture of fans wanting and maybe even expecting to have a voice.

Creators are fine with that if it adds to their echo chamber and boosts their signal. But they don’t like it when there is criticism, sometimes especially if there is legitimate criticism. 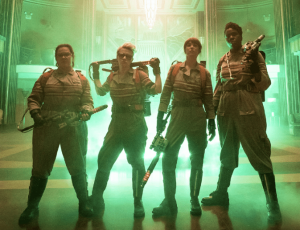 If you want to play in the social media world, there is going to be criticism. Sometimes it will be ridiculous, like the hate for the female Ghostbusters thing. (And for real, people are giving that way too much attention. I can find a “fan” community anywhere saying something dumb; for some reason, that group has gotten a massive signal boost for reasons I don’t understand.)

So, take for instance Marvel’s Captain America thing last week: they knew it would be a deal and they boosted the signal. By 9 AM on comic book day, it was everywhere and, nerds, we know comic shops ain’t open that early yet.

And then when there is legitimate criticism (I’m not talking about death threats) they want to complain. The panels.net piece we ran and boosted was smart, articulate, legitimate criticism. It wasn’t irrational, it didn’t go over the top to me and it pointed out that Marvel was maybe crossing a line for the hype machine purposes.

And I have seen creators ride hard and be jerks because someone pointed out maybe they made a mistake. That seems grossly unfair. It is okay to say “I disagree.” It is different to outright dismiss criticism and, here is the next level, say it shouldn’t even exist.

The Internet is glorious and a bastard at the same time. It allows the good like all of us connecting and sharing what we love.

And it also allows people to be jerks to one another as well.

Adkins: Here is my take on the article:

The word “fan” implies favor. It does not imply ownership. That said, I 100% think that fan voices should, can, and do have significance. They are often the reason changes are made, for instance, but I think that is the exception and not the rule. A fan’s greatest influencer is not the internet, IMO. It is their wallet.

Disagree? Don’t like it? Hate it? Then don’t buy it. That’ll make much more of a difference than most any tweet, blog rant, etc.

And death threats are actionable. Any time the author of such things can be located, the authorities should get involved. Period.

Opinions are the foundation of a lot of what we write. But we, unlike most of the internet, chose from the outset to be fans and not haters. We are sticking to that old adage as best we can: If you can’t say something nice, then don’t say anything at all.

I think that is part of what makes NoE great. We are a light in the dark place that is the www. At the very least, guys, I don’t want us to in any way contribute to the problem.

Jason: Except for BvS. And it deserves every bit of it.

So for instance, the grief that The 100 got this year. That show (like all of CW) is built on fan engagement.

Many people said the fans should just take what they got; essentially “get over it”. And instead, the producers eventually listened and apologized.

On some levels this ain’t new. You know they retconned Sherlock Holmes’ death? Because of fan reactions.

Adkins: Yeah, and those things are far from the only instances. We almost had Michael Bay gives us Ninja Aliens of Undetermined Age instead of Teenage Mutant Ninja Turtles.

Clave: I like the author of that piece. He writes consistently thoughtful articles on Birth Death Movies, and I get where he’s coming from. His day-to-day is a swirling toilet of some pretty rancid comments, I suspect. So I think he comes from a thoughtful and sincere place, and makes some good points. But ultimately I resonate with Jason above.

It’s not so much that fandom has failed; it’s that technology and communication have advanced much faster that many human’s (particularly young men’s) ability to emotionally and socially respond. Let’s just put this out there: if you make death threats over a comic book or you are concerned about your childhood because there is a new movie, then you clearly lack a level of emotional sophistication and social maturity. It’s troubling. 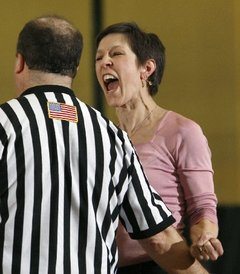 It used to be after sporting events that referees would get cussed at in the parking lot after the game. The internet had given those emotionally and socially limited individuals a larger and more public platform. Then the Gawker types pick that up and amplify it even further, since that stuff gets the clickies.

As the author noted, there absolutely is a general sense of entitlement when it comes to fans. I fully acknowledge that, but this isn’t limited to comics books or whatever. It’s a full blown pickle of a problem, excuse my harsh language.

Bottom line:  We foster and promote positive vibes here at Nerds on Earth.  We’ve written posts about our enthusiasm before, and we’re up front about it when it comes to promotional considerations – to the point that we will respectfully decline reviewing something we don’t love because that’s what we want to spread: Love, and not hate.

We hope you’re loving us posting about what we love. The internet needs more good vibes, and NoE is a place where you can find them.