Weekly Nerd Chat: What Video Games Are You Geeking Out On?

[divider] What video games have you been playing? [/divider]

Adkins (Co-founder of Nerds on Earth and master of X-Men Legends): This week during our  Slack Chat, Morgan, Jennifer, and I are going to discuss the video games that are currently occupying our every free minute. Not that we have many free minutes, mind you, so we have to be as choosy about the video games that occupy those fleeting minutes as some moms are reportedly choosy about peanut butters. Morgan, Jennifer: What discs are currently spinning in your consoles?

Jennifer (Still celebrating N7 day): I currently have Assassin’s Creed Syndicate in my PS4. This is the first one I’ve played since Black Flag. And I am loving it.

Adkins: Okay, so two follow up questions from someone who hasn’t touched the Assassin’s Creed franchise since Brotherhood:

1) What do you love most about the franchise?

2) What is unique to Syndicate that has you playing it at every opportunity?

Jennifer:
1) Meeting the historical figures is awesome! I just met Florence Nightingale. And I geeked out a 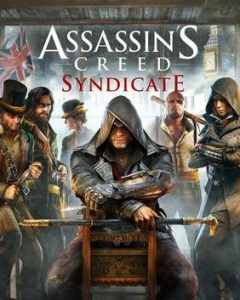 little. And Dickens. He made me grin.

2) This is the first one where you can play as a woman. Evie (the woman assassin) is awesome. Her stealth kills make it look like a dance. She’s like the Lara Croft of 19th century London.

Adkins: I like those descriptions! Took the franchise long enough to include a femme fatale, yeah?

Is that what drew you back to Assassin’s Creed following the lapse after Black Flag?

Jennifer: It’s exactly what drew me back. A friend of mine told me how awesome she was and I was like, “Well, I guess I gotta go buy it now.” Ubisoft suddenly realized that designing a woman assassin wasn’t ​*that*​ difficult.

Adkins: Only took them eight games.

Morgan, what are you playing at the moment?

Morgan (Understands time is never wasted in Fallout 4): I just finished one of my longest play-throughs of a game, Fallout 4. I’m pretty obsessed.

Jennifer: But she’s not obsessed. At all.

Adkins: I read an article recently in which one of the developers had put in 400+ hours and was still finding things to do in the wastelands. You’ve got some hours yet to go, ma’am!

Jennifer: No! Don’t tell her that. We will never see her!!

Morgan: Exactly. I could have kept going but the bad thing about Bethesda are the lovely bugs and glitches. And some bugs messed with my play through.

Adkins: How so? I’m assuming they were more than cosmetic…? 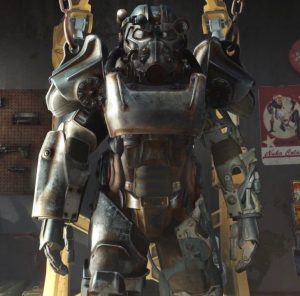 With Fallout 4 you have 4 factions you can join, you ultimatey have to join one, be an ally of another,
and become enemies with the other two. I was on a mission to romance a certain character, which meant to join a faction I detest. Welp game bugged and locked me out of the romance, so I had to reload back to the moment where I decided to pick the awful faction and went with a better one. So many hours wasted!

Adkins: That’s the worst! That means you ​literally​ wasted hours of your life.

Jennifer: Oh my! I would have cried.

Morgan: Well, good thing is your PS account keeps track of your trophies you earn, so I ended up gaining more trophies than I would have if the game actually went right. Like certain main quests for the “wasted hours” still counted. I try to look at the positives!

Jennifer: Too bad those trophies aren’t real and make you money…

Morgan:
…too bad I’m not playing video games for money. I would have been making bank off my Fallout 4 play-through.

Adkins: Okay, so nerd confession time from me…

Adkins: I own Fallout 4 and escaped the vault…and its been collecting dust in its box ever since.

Adkins: Its not that I don’t love Fallout – because I do. But I made the rookie mistake of buying two huge RPGs on the same day and the other one intrigued me more. Its called ​Divinity: Original Sin.

Morgan: I have done the same thing. I did that with Borderlands 2 actually.

Also, what consoles can you play Divinity on? I’ve heard of this game from a friend but don’t know too much about it.

Adkins: It plays a lot like ​Diablo until you enter combat, then it flips to a turn based combat fueled
by action points for both movement and attack. The strategy level even early on is incredible. Sucked me right in and I haven’t been able to return to ​Fallout since. 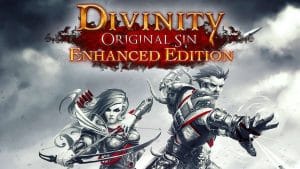 Adkins: I’ve got it on the One. It is fantastic and super challenging. Even the ​dialogue​ is tricksy.

Morgan: I’ll have to check and see if it’s available for Ps4. That sounds right up my alley.

Jennifer: I love RPGs! I may need this.

Adkins: Now I ​do flip over to ​Shadow of Mordor​ occasionally. It can be played in 20-30 minute bursts; unlike ​Divinity. It plays like the beautiful offspring of the ​Assassin’s Creed games and the Batman ​Arkham​ games. So much fun!

Jennifer: I tried Shadows. I couldn’t get into it for some reason. Beautiful game though.

Morgan: I have wanted to play Shadows of Mordor, but I was going to wait for a price drop.

Adkins: I love the Sauron’s Army mechanic. You kill an officer and another takes his place. That, and you can avenge the deaths of people on your friends list who are also playing the game. I’ve avenged Jason many, many times.

Jennifer: That is a very cool mechanic. I just couldn’t connect with the character.

And I need that for my games.

Adkins: I hear you, Jennifer. But all I need most days is to feel unstoppable, and I get that from ​Mordor.

Okay, so what game(s) are you looking forward to most in 2016 and why?

Jennifer: Rise of the Tomb Raider for PS4. I NEED that like…yesterday.

Jennifer: Lara Croft is an amazing character. I need more of her story. I need to see her struggling with PTSD and her newfound drive.

Oh girl, I’m not naming that because I’m nervous excited.

No Shepard? No Jennifer Hale? I feel sad.

Morgan: It looks pretty cool though either way. And you know good and well they are going to make a Jennifer Hale cameo.

Jennifer: Of course they are, they put her in as Shepard in the trailer. But as Shepard…signing off. Tears….

Adkins: Is Andromeda your submission, Morgan?

Morgan: Horizon: Zero Dawn is mine. I have yet to play the Mass Effect series.

Jennifer: You know what? Let’s put me down for Andromeda and TR. I can have two right?!?

Jennifer: It may not have Jennifer Hale but I’m sure Bioware will still have an awesome character for me.

Adkins: I’m looking forward to ​Battleborn. Since ​Destiny’s​ newest DLC basically ruined the game for me and my gaming buddies, we’ve been playing old, remastered Halo​ games on the One. Which is fine and all, but we beat some of them ten years ago I’m pretty sure! ​Battleborn​ may be the game we’ve been waiting for.

Plus we loved ​Borderlands…like A LOT…and ​Battleborn​ is by the same folks. Can’t wait.

Jennifer: The game industry has really stepped up its…game. Haha. Get it?!?

Adkins: And on THAT note…!